Why is Warzone Rumble gone? To return to?? 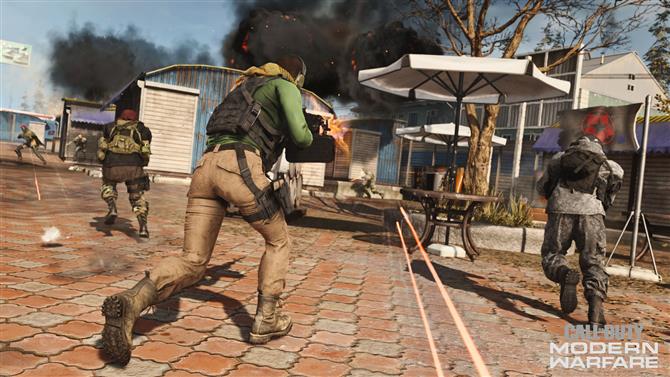 Both Call of Duty Modern Warfare and Warzone have regular playlist updates, and as a result, some playlists and modes go in and out of rotation. Blood Money is an example of this. It ensures that there is a healthy player base for each playlist, so the numbers aren’t spread out too much, which would provide a bad player experience for those who like to play in less popular modes.

It is fairly standard practice that a mode is only available for a short time. The bad news is that Warzone Rumble is not available in-game right now. The good news? If the stats show developers that it was a popular mode, there is a good chance it will return in the future. Warzone Rumble changes the standard Warzone gameplay a bit by allowing players to instantly respawn without having to visit the infamous gulag. You can also use the load you want from the start. It’s essentially a great 50v50 Team Deathmatch, just on the Warzone map with a shrinking safe zone.

Rumble has been replaced by the new 200 player Warzone mode, which is completely chaotic. However, if you don’t like that, unfortunately you will have to wait until Warzone Rumble returns, or you can go play another battle royale game like Fortnite, which has 50v50 mode as the mainstay and will not be removed ..

The Xbox X Series showcase is reportedly slated for the end of July and will feature the Halo Infinite game.